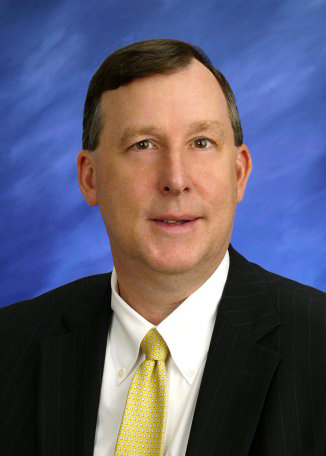 Jeffrey Godley practices in the area of residential and commercial real estate, banking law that includes commercial litigation and foreclosures, municipal law, and planning and zoning law. While at Western New England College School of Law, Mr. Godley served as a Staff Member (1985-86) and Managing Editor (1986-87) of the Western New England Law Review. He also authored “Defining the CIA’s Intelligence Sources as an Exemption to the Freedom of Information Act – CIA v. Sims, 471 U.S. 159 (1985)”, 9 Western New England Law Review 333 (1987). Upon graduation, he served as a legal research clerk for the Connecticut Judicial Department until joining Brown Jacobson in 1989.

Mr. Godley is a public member, representing the State of Connecticut, of the Commission on Institutions of Higher Education, New England Association of Schools and Colleges. He is Legal Counsel for, and an ex officio member of the Board of Directors of The Chamber of Commerce of Eastern Connecticut, Inc. He is a member of, and past President, of the Three Rivers Community College Foundation, a past member of the Executive Board of the Connecticut Rivers Council, Boy Scouts of America, and a Corporator of Chelsea Groton Bank. In 2006 Mr. Godley received the National Distinguished Service Award from the Boy Scouts of America and in 2013 the Connecticut Rivers Council, Boy Scouts of America, presented him with their Outstanding Leadership Award.

U.S. District Court for the District of Connecticut